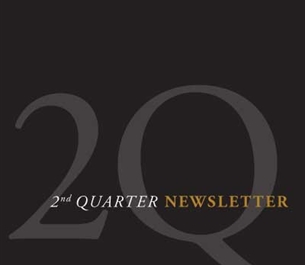 Greetings from an unsurprisingly hot and humid Charleston, SC. Something tells me that had the Continental Congress met in the Carolinas rather than Philadelphia in 1776, our Founding Fathers might have delayed establishing our Nation’s independence until a little later in the fall. It’s hard to believe that we are already less than a week from the halfway mark of summer but time flies when liquidity in the debt capital markets is robust and the 10-year Treasury yield is within earshot of an all-time low.

Interest rates have been quite the head-scratcher thus far in 2019. Since peaking at 3.25% in November 2018, the 10-year yield has been on a staggering decline for an economy that is still growing and at record levels of employment. The benchmark rate declined almost 60 basis points peak-to-trough in the 2nd quarter and the commercial real estate market has welcomed this development with open arms. The result has been a flood of refinancing requests as borrowers rush to take advantage of the return of sub-4.00% fixed-rate mortgage coupons, and a noticeable pickup in acquisition activity as deals that simply didn’t work with a 5.00% interest rate suddenly pencil out again.  With the Fed Funds Futures market currently pricing in a 100% probability of a rate cut at the July 30th-31st FOMC meeting, the question on borrowers and lenders minds alike is how much the economy really is slowing and what happens to short and long-term rates next?  There are several important indicators pointing towards a recession, most notably multiple inversions across the interest rate curve, but this Fed seems intent on prolonging the current economic expansion, so a swift policy response should not be discounted. Our friends at Pensford Financial, with whom we formed Medalist Defeasance, have published several newsletters that delve into the likely path for short and long-term rates following a reduction in the Fed Funds Rate. Please let your Medalist Capital contact know if this information would be helpful.

The response, or lack thereof, from our correspondent life companies has been accretive for borrowers. Many permanent lenders have instituted coupon floors to maintain a minimum yield, however BBB corporate bond spreads have remained relatively stable which means lenders have been able to pass along most of the pullback in index rates to borrowers.  Life company loans are now routinely pricing in the 3.50% - 4.25% range, depending on leverage and asset quality.  CMBS spreads have tightened significantly and the lack of refinancing opportunities resulting from the shutdown of the securitization market in 2009-2010 means these lenders are offering aggressive structure to win deals.  Banks currently seem to be the area of the debt capital markets with the most inconsistencies. Some seem to have renewed capacity and appetite for construction loans while others are placing an increased importance on existing assets with in-place cash flow. Medalist Capital can help you navigate this constantly evolving landscape through our extensive network of local, regional, and national banking relationships, so please think of us for your next development or shorter-term acquisition loan.

The Medalist Capital team was extremely active in the 2nd quarter, closing 28 loans for over $305 million and more than doubling the 2nd quarter production from the previous year which was the highest production volume year on record for our firm.  Our focus on building long-term relationships and delivering a differentiated level of service and attention for our clients continues to separate us from the competition. We are anxious for the opportunity to show you the Medalist Capital difference, so please let us know how we can help and have a great second half of the summer.