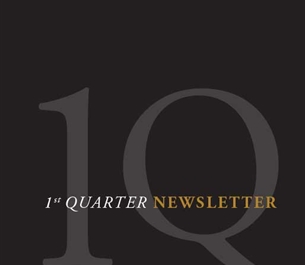 Greetings from Medalist Capital! Masters week is here, signaling the beginning of spring, which is especially welcome after most of us in the Southeast have endured an unusually wet winter. The Masters always delivers, and this year should be especially exciting with Rory, Tiger, D.J., and many others in good form. I’m feeling a fifth green jacket for Tiger!

The first quarter is a busy time of year for Medalist Capital, with members of our team attending the National Multifamily Housing Council’s annual conference in San Diego in late January and then heading back out there 10 days later for the M.B.A.’s CREF conference. The atmosphere at both conferences was decidedly upbeat. The threat of an impending recession hasn’t impacted the abundance of capital, both debt and equity, eager to deploy into U.S. commercial real estate.

As a result, all of Medalist Capital’s offices are very active, originating debt and equity for development deals, value-add deals, bridge deals, as well as our bread-and-butter stabilized debt deals with our deep bench of life insurance companies. We finished the first quarter of 2019 closing 20 deals for more than $248 million, which was down from our record-setting 1Q 2018 when we closed 33 deals for more than $412 million. However, our pipeline remains strong; we had a big first week of April, closing 8 deals for over $113 million, and we expect to close the gap on 2018 with a robust second quarter.

With regards to interest rates, the first quarter has been friendly to borrowers of both floating and fixed rate debt. LIBOR has stopped climbing as the Fed moved to the sidelines, and the market began pricing the possibility of the Fed needing to cut rates in response to an economic slowdown. This pause, along with continued investor demand for CLO paper has resulted in attractive floating rates from banks and debt funds. Fixed rate borrowers have benefited from a 45bps tightening in BBB corporate spreads in Q1 2019 as well as a sharp pullback in the 10yr Treasury yield from the near-term high of 3.25% to the 2.50% area as of the writing of this letter. All in all, this is a very favorable time to be in the market for commercial real estate financing.

Recent economic data at the national level has started to send some mixed signals as to where we are in the economic cycle and while we know we will eventually be dealing with some form of recessionary environment, the dynamic population growth in the Carolinas and Georgia leaves us very bullish on our markets for the foreseeable future.

We are thankful for the fantastic group of borrowers and lenders with whom we work. As always, we at Medalist Capital remain eager to assist you with financing needs you may have. We will jump at the opportunity to arrange your next capital project!